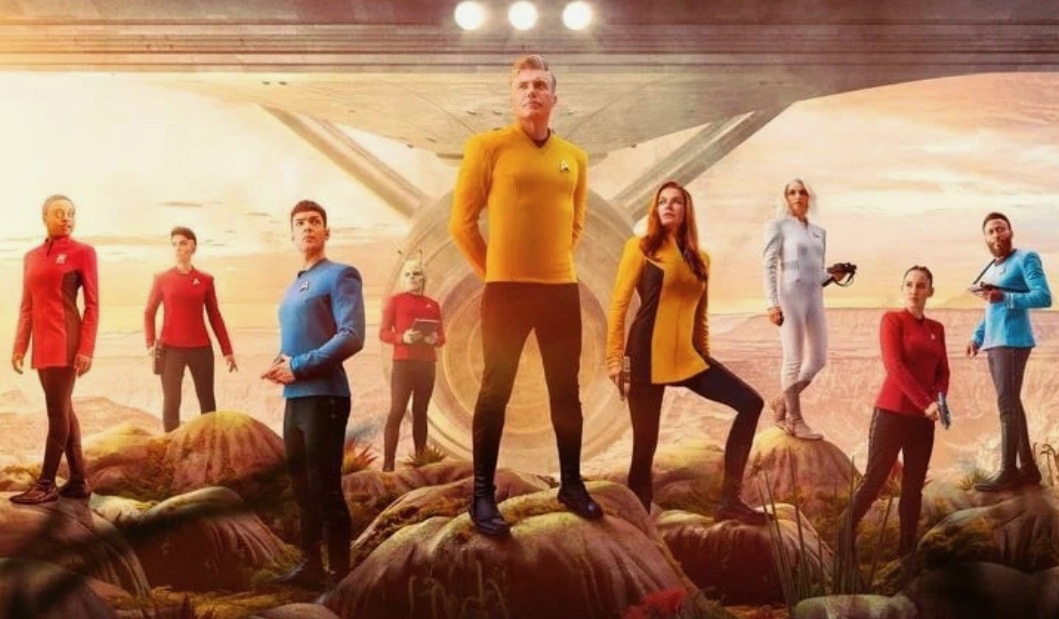 Let's be clear: there are spoilers on this page, even in the summaries and the pics. So if you haven't watched Strange New Worlds yet but plan to and do not want to be spoiled, this page is not for you.

Otherwise, enjoy! I adore this show and I love having a new show-muse to write for.

Secrets (PG-13)   -   Post "Ghosts of Illyria" Seemed like something was missed by Number One. Also, Chapel needs some backstory and until they give us some, this will have to do. For those into S/Ch, there's a nice Chapel & Spock moment. (Short Story/3,300 words)

Hijinks Have Consequences (PG-13)   -   Post "Spock Amok" There was a loose end I thought needed addressing. I love Spock and T'Pring so much AND I also love the tangible chemistry between Spock and Chapel. Plus some other bits including La'an, Erica, Uhura (so many women!!) (Short Story/4,200 words)

The Needs of the Sacrificed (PG-13)   -   Post "Lift Us Where Suffering Cannot Reach" This was such a tough episode. I just needed these three to sort it out for me. (Short Story/2,000 words)

In Vino Veritas (PG-13)   -   Post "The Serene Squall" Some truths want to be said. I do so love surfing canon while still trying to have some fun with these crazy kids.(Short Story/2,600 words) 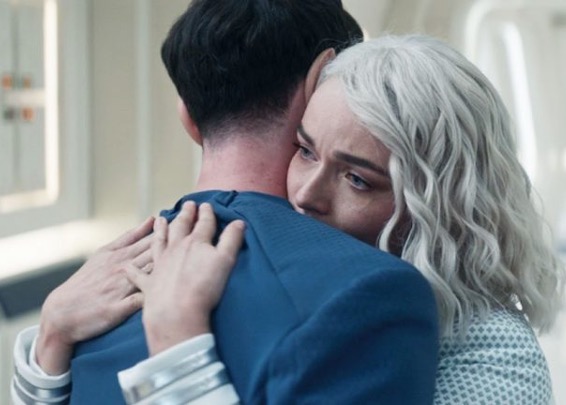 Part 1: Wander No More (PG-13)   -   Post "All Those Who Wander" This follows directly after that encounter in the corridors. Oh my goodness, so much happening. And if they can just make shit up regarding Vulcan mating rituals and custom, so can I!(Short Story/3,400 words)

Part 2: Loyalty and New Lovers (R)   -   Post "The Quality of Mercy" This is pre and post the finale, exploring how to resolve the problem presented at the end. The Alternate Series begins. (Short Story/4,900 words)

Part 3: Forces in Opposition, Forces Aligned (R)   -   Progress is made to help Number One, people connect over shared pain, and of course there's relationship fun and angst. This will be far more ensemble at this point than it has been because it's fun to write new people and for some reason my muse wants to do something more complicated than just have two people getting nasty. One character, in particular, demanded to be written. It ended up my favorite scene in the story.(Novelette/7,900 words)

(The series is complete for now--that may change. I don't control my muse LOL) 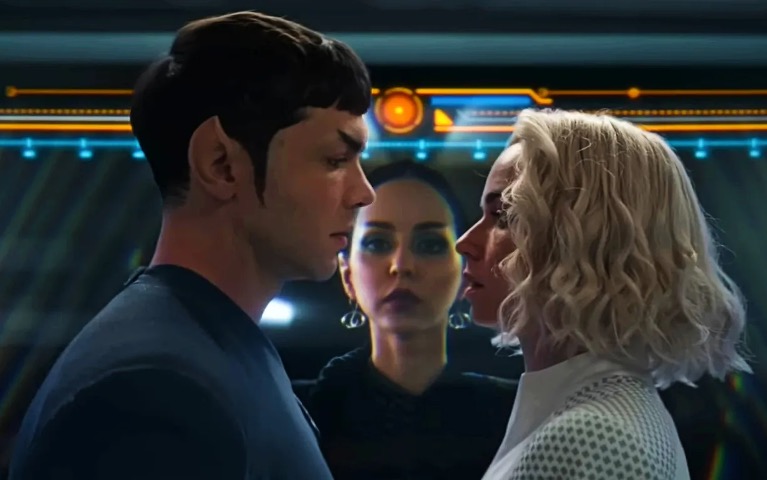 The Whisper of Your Kiss (PG-13)   -   Spock isn't given to dreams. When he does dream, they are nightmares. So why does he now have a dream that is not a nightmare? Why does he dream of a human, of Christine? Set after the re-bonding scene with T'Pring in "The Serene Squall" but in place of Spock's talk with Chapel in sickbay. (Short Story/3,100 words) 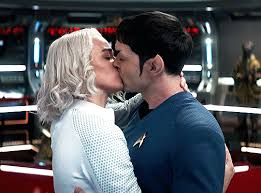 "It's in the Spaces Between That We Fall in Love" (R)  -   The title says it all. A look at the moments between the things we see on screen. Not all of them, but the key ones. This is going all the way through the movies. And we're tracking canon here. For those who like angst, this has it. (This may be one of the best things I've done--certainly one of the most ambitious. I tried super hard not to repeat tropes I've fallen hard on before. I'm enormously proud of it and I hope you enjoy it!) (Novel/114,000 words) 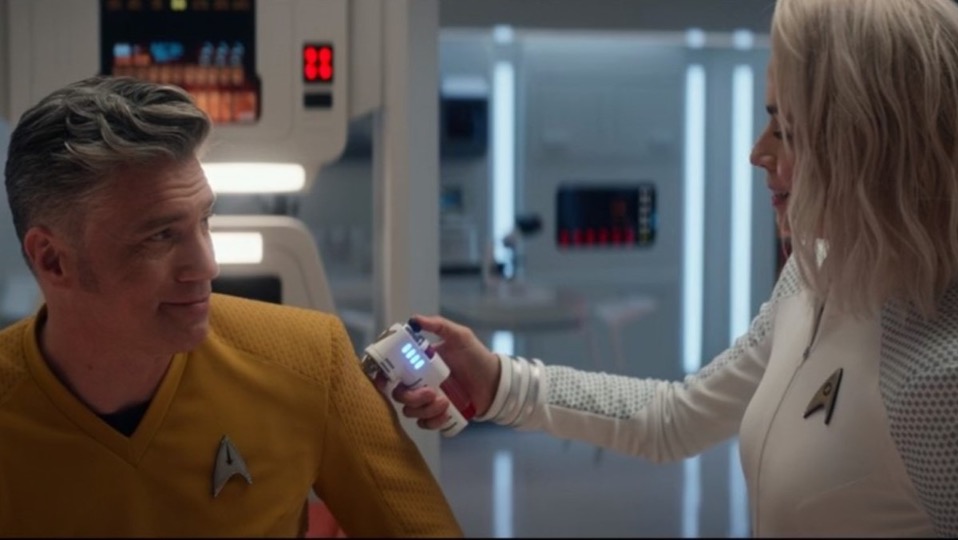 Safety in Assumptions (PG-13)   -   This is NOT NOT NOT a pairing I've ever wanted to do. But the muse would not stop murmuring that she wanted me to. I also don't do omniscient very often but she and the characters demanded it. Other than in M*A*S*H, I'm just not a one true pairer, and those who've read me for years, know this. That said, this isn't necessarily something i want to revisit. More an itch I just had to scratch. I hope you enjoy it. Please don't kill me. (Short Story/2,600 words) 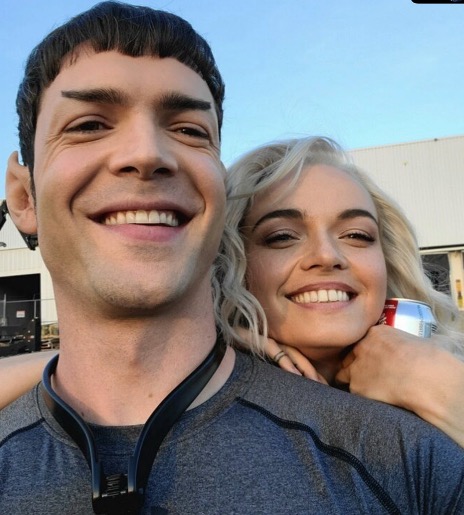 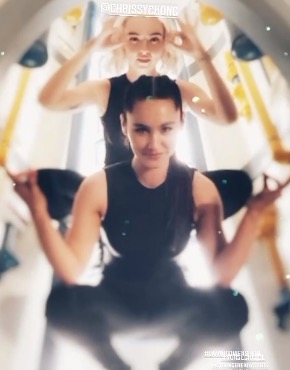 (C) 2020 Djinn. All rights reserved. None of these works may be archived, reproduced, or distributed in any form without prior written permission from the author. These are amateur nonprofit works, and they are not intended to infringe on copyrights held by Paramount Pictures, Twentieth Century Fox, or any other lawful holder.